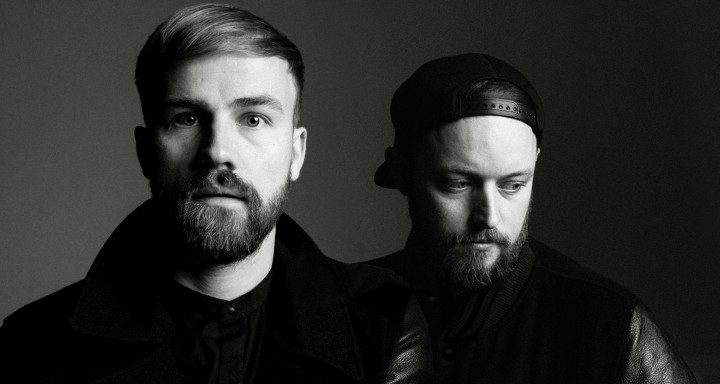 Since their big break in 2012 the Adana Twins have established a sterling reputation, refining their sound constantly, pushing the boundaries of their musical ambition and evolving organically with the passage of time. Driven by the transmission of emotion through music, the German duo, have been working together since 2006, merging Benjamin’s love of hip-hop and Friso’s love for club music to produce a series of well- received releases that have formed the foundation of their global success. Their early triumphs led to bookings all over the globe and they traveled across the planet to deliver their unique musical vision, with support from a wide range of dance music luminaries including Radio 1 legend Pete Tong, Solomun, Tale Of Us, Joseph Capriati, and many more.

Now firmly established within the underground electronic music scene, the Adana Twins are ushering in an exciting new phase of their musical life, launching their own record label, A&Ring up and coming artists and pushing themselves into an entirely new realm of possibility. As they turn the page onto a fresh new chapter, the duo are full of optimism and positive energy…

Over the last few years the Adana Twins have found that their penchant for deep, dark, emotionally-charged music has fueled the evolution of their

sound, from the house-inspired productions that thrust them into the limelight, into a more nuanced, techno-influenced vibe. Both men grew up with techno, coming from Hamburg where the sound was so prevalent, it is part of their DNA and, as they have matured as artists, so too has their sound and outlook on life itself. Releases such as their ‘Jupiter’ EP on Watergate Records embody this emotive style, with two rousing cuts designed to get your hairs standing on end – a heady juxtaposition of euphoria, cosmic vibrations and melancholy rhythms. A sound that pervades throughout their current output.

As part of their progression the guys have formed a close bond with Berlin’s iconic Watergate stable, joining the family in 2017 and utilising the new relationship to push forward with their techno-fueled ambitions. It all started with ‘Etah’ which dropped in February 2017 on the Watergate Affairs 02 compilation. Since then they have served up the ‘Flower Of Cane’ EP and its follow-up ‘Jupiter’, plus ‘Zuul’ which appeared on Watergate’s epic compilation celebrating its 15 year anniversary.

Outside the Watergate stable, they have also released with Solomun’s Diynamic label. Their track ‘Uncompromising’ was part of a various artists compilation on the influential label and it went down a storm, crushing clubs and festivals around the world. On top of this they’ve also remixed Who Made Who’s ‘I Don’t Know’ [EoM], Kaiserdisco’s ‘Varuna’ [Tronic], and Nic Fanciulli’s ‘After Time’ [Saved].

As they’ve made the transition into the world of emotive techno, the Adana Twins have also been channeling their love for electronic music into cultivating their own platform, TAU. The fledgling label marks a milestone in their musical lives, giving them the creative space to expand their sound while also discovering and nurturing new artists. It’s an exciting step for them both and they are reveling in the new venture. It’s a project that has filled both men with inspiration and a renewed hunger for music in all its aspects; digging, discovering, producing and playing – the guys are full of enthusiasm and genuine childlike excitement at what the future holds.

Parallel to their production and label curation endeavours, the boys have been traversing the globe turning in performances on the big stage at festivals such as Fusion in their native Germany to Supersonic in India and Beyond The Valley in Australia, together with an exhaustive list of clubs including Warung Club in Brazil, Stereo Bar (Montreal), Corsica Studios (London), Halcyon (San Francisco), Output (New York), Rex Club (Paris) and, of course, Watergate on Berlin, plus many many more. Plus they are regulars in Ibiza throughout the

In late 2018 the duo will helm an installment of Watergate’s highly-respected mix series, collecting exclusive unreleased material from their wide circle of talented friends to produce what is bound to be a seminal mix – comprised exclusive, unreleased tracks by the likes of Acid Pauli, Musumeci, SBTH, Daniel Bortz, and many more. Also, as part of this mix, the Adana Twins will drop a monster remix of Patrice Bäumel’s 10-year-old track ‘Roar’. The deadly new mix has already been roadtested in Tale Of Us and Solomun sets around the world with an amazing reaction everywhere it’s played. All tracks from the mix will also be released as separate EPs accompanying the huge release.

It’s a time of transformational growth for this partnership and the two men couldn’t be more inspired. With their energy channeled into building up their label TAU, while also producing lots more of their special brand of spinetingling techno and touring the globe, it’s a dream come true for the Adana Twins and they continue to push themselves, and their scene, forward every step of the way…