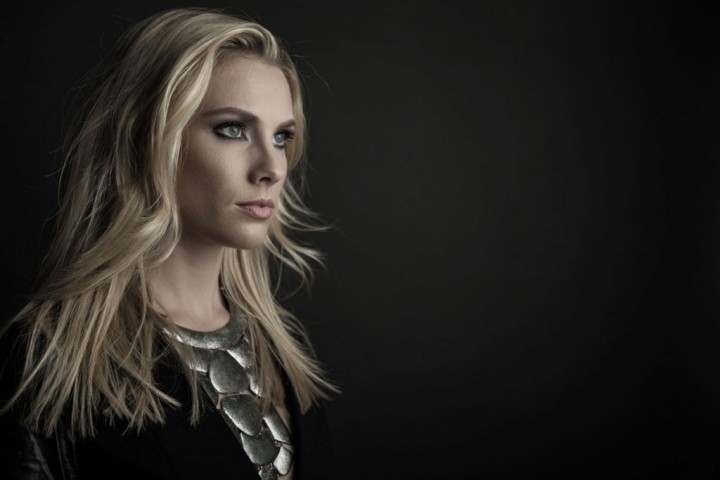 Book her once, you will book her forever. Determined, loving life and fiercely self- reliant, Anna Reusch is on a path of creative success, taking on the world lovingly, on her own terms.
On a typical day, Anna works in the horse stables on her farm outside of Dresden during the day, then boards a plane to rock dance-floors at night. This is the life she loves and we get to join her on this amazing ride.
Her story begins in Wiesbaden, where she grew up surrounded by instruments. Her father played in bands and encouraged Anna to try the keys, guitars, drums and even the organ around the house, but nothing stuck. That is, nothing stuck until one fateful night that changed Anna’s life.
As a 15 year old, Anna had already become a regular on the technofloor at Europalace, a club in Mainz-Kastel. She loved the light-heartedness and openness of the crowd, as well as the chance to simply dance the night away. Open-hearted and

full of life, Anna soon became part of the scene and formed friendships, including one with the resident DJ. The night that would determine her destiny, she stood behind the DJ, when he whirled around, stuffed his headphones into her hands and said: “You take over, I need to go the toilet!” With that, he vanished into the crowd and there she stood, 15-years young, never having mixed two records in her life, bearing the burden of keeping the party alive. She took a deep breath. Then, before she could step up to the challenge, the DJ returned, laughing, having played a trick on Anna. That moment changed her. Her self-reliant spirit demanded of herself, that she master this challenge.

Her mind was set. She learned the basic tricks of the trade and then practiced non- stop. A week later she returned, letting the DJ know she had no problem helping him out. Soon the chance arose and Anna mastered it like a pro. She kept at it.
From then on Anna was always to be found behind the decks. People noticed her. She was a good DJ and was constantly getting better. Legendary Zyx Records signed the then 17- year old Anna for a five-year deal. She experienced her first national tour, opening for Mark Oh. One moment she was riding the high of the newfound DJ life, but soon found she missed the down-to-earthness of the new world she now inhabited. Tired of the strenuous life-style and in need of some more normality in her life, she went back to school, then on to study at university, all the while earning her keep, self-sufficient as ever, through model-jobs.

Still, she could not deny who she was. Her fingers started itching again, her body yearned to dance and in her early 20s she found not only herself at U60311 in Frankfurt, but also found the love that had drawn her to this music in the first place. She was back in her element and, open-hearted as ever, soon made new friends and was rocking the decks like she had never left.

Things started to take up steam. Stefan Dabruck and her worked in the studio together, releases on Weplay, Toca45 and Junx followed. While moving to live on her farm close to Dresden she found her new musical home back in the Rhein-Main area with the bouq. family. bouq. Labelhead Amir and Anna produced “Basara” in 2015 and her career took off from there. Now she found herself opening the Love Family Park and new levels of energy were unleashed in the aftermath. Her calendar has been filling up ever since with gigs around the country and far beyond, playing at major festivals such as Feel with Ame and Booka Shade, Homerun Open Air alongside Sven Väth and AKA AKA and Electronic Green, as well as legendary clubs from Prater Sauna and Bob Beaman to Douala and Bootshaus as well as her cherished residency at Tanzhaus West in Frankfurt.
And just as things are starting to look great, they are only getting better. Her follow- ups on bouq.records “Lifesaver EP” (2016) and “My Own” (2017) took the dance- floors by storm and new musical partners are already lining up to go to the studio with Anna. Bookers are finding out that if they book her once, they always come back for more, because Anna delivers what she promises: to rely on herself, her intuition, her skill and her love to deeply move the crowd. And the crowd and the music love her for it.